Taken from the Gaelic for ‘Black Chair’, Cathair Dhubh derives its name from the dramatic hillside to the east of our cottages. Established in 1993, the small, secluded estate is situated a few miles north of the well-serviced and attractive fishing village of Lochinver, directly on the Route NC 500 (North Coast 500). The cottages themselves are situated in the valley, well away from the public road and are ideally placed to enjoy the tranquillity and the breath-taking, panoramic coastal views.

Cathair Dhubh looks out over Achmelvich Bay and is set against an awesome backdrop of sandstone mountains, with names that trip from the tongue of any walker – Quinag, Suilven, Canisp. These ancient hills are formed from some of the oldest rocks in the world and create a timeless wilderness. 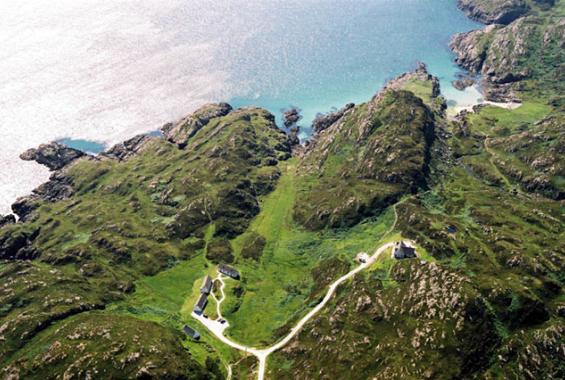 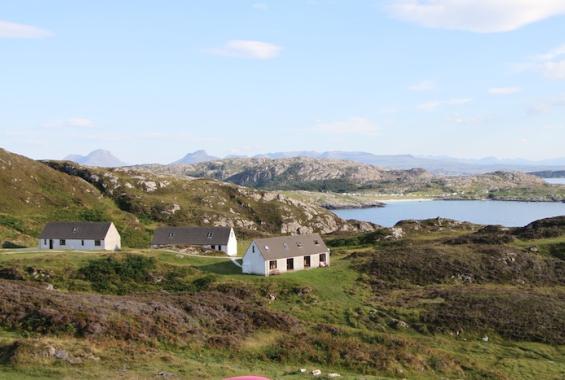 In the hills around the estate, wildlife and birdlife abound. Black throated divers, otters, red deer, seals, porpoise and sea birds are but a few of our neighbours. With a touch of extra vigilance, you may even happen to spot minke and pilot whales, orca and sea eagles – binoculars are a must!

At the entrance to the estate, lies Loch an Ordain allegedly haunted by the mythical Black dog of Creag an Ordain – a two-headed, horned beast belching fire, with a human face and eyes that glow like burning peats – you might not find him listed in many of the nature books but he abounds in local legend!! For those anglers undeterred by the prospect of the Black Dog, the hills behind Loch an Ordain cradle a network of lochs and lochans teeming with brown trout. Some lochs further afield, even have migratory Sea Trout and salmon passing through them – there are indeed a wealth of fishing opportunities.

Assynt has been a family retreat for decades, generations of our clan have been coming here since the ‘50’s.
It started with Feadan, a lovely old croft on the Achmelvich road – hordes of our extended family have fallen in love with this place. Summer after summer, cousins, friends and family have gathered in Assynt to climb, swim and unwind in our own little piece of paradise. For us though, a holiday was never enough. We’re impulsive and romantic risk takers – and always have been…

Transplanted from the sleepy idyll of downtown Belfast, Gary has spent 20 years fighting his way through the choked commuter streets of London on a succession of enormous grimy motorcycles. Proud Dad, professional headhunter, amateur brewer - now the proud co-owner of Cathair Dhubh. 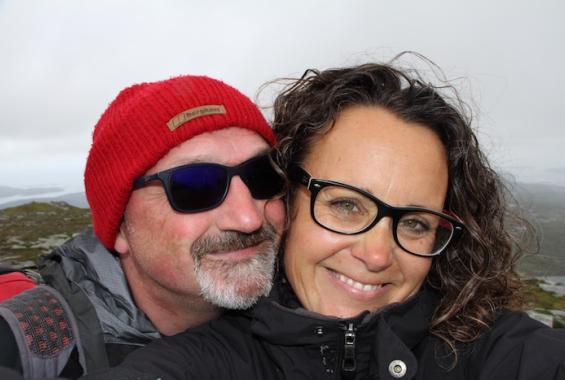 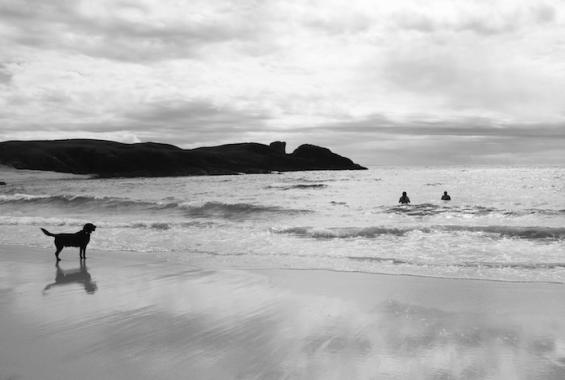 Kate has toughed her way through East London A&E night shifts, and laughed and sparkled her way through the far more terrifying prospect of outdoor forest school sessions populated by infants, sharp knives, camp fires, and health and safety clipboards. Trading the moans of pub fight casualties and the squeals of small children for the howl of an Atlantic storm and the screech of buzzards and eagles is the best move she ever made. Proudest Mum in the World, fearless educator, obsessive runner – now the proud co-owner of Cathair Dhubh.

Like generations of our family before us, we are hopelessly in love with Assynt. It’s a bona fide, card carrying, honest-to-goodness wilderness. Real food for the soul, and we just can’t get enough of it. The constantly changing light and weather. Those beaches. The lovely people. The stonking views on the crazy roads. How could you fail to love it? Come and see what we mean. 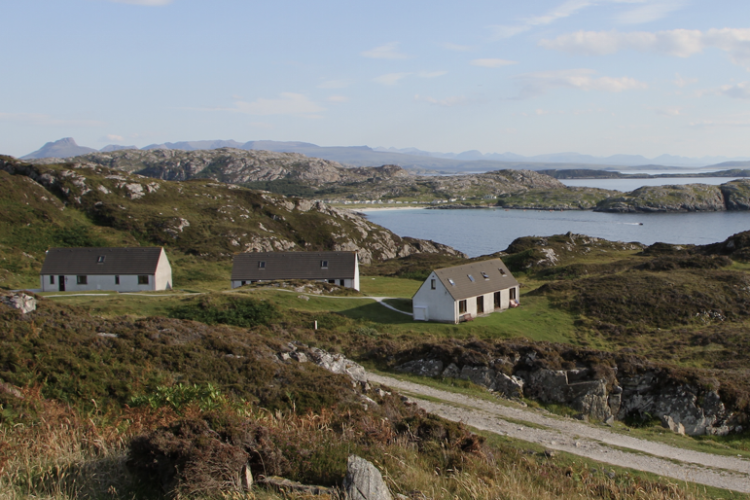 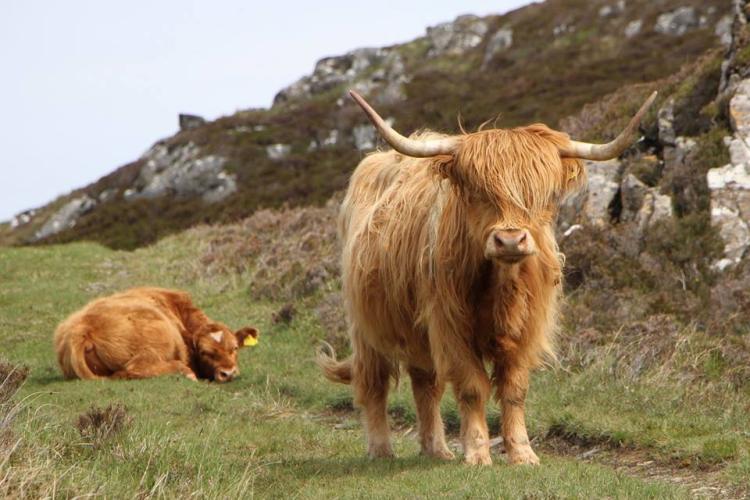