You don’t need to travel to the Caribbean to enjoy pure air, crystal clear waters and long stretches of powder-white, sandy beaches. Some of the most unspoilt and beautiful beaches in the world can be found on the west coast of Scotland and many are so secluded that you’ll find you have them all to yourself!

To ensure that you make the most of our gorgeous beaches, we've detailed those both on your doorstep and a little further afield – happy exploring! 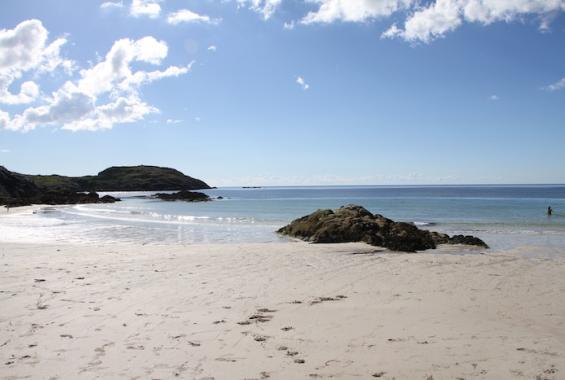 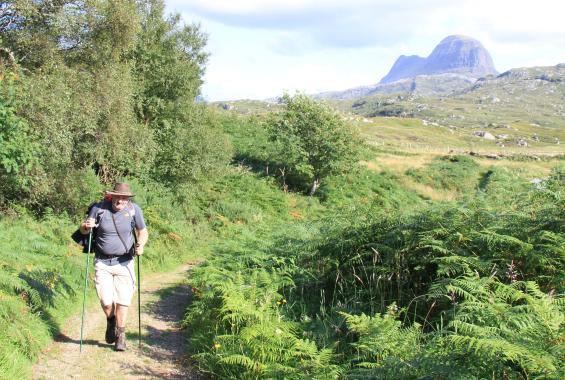 One of Europe’s last great wildernesses, the Assynt landscape is hauntingly beautiful. Vast expanses of moorland are interwoven with rivers and streams and studded with lochans. Rising up from these undulating hills of Lewisian Gneiss are the spectacular Assynt mountains. These towering monoliths of Torridonian sandstone have been eroded over millions of years into the unique and iconic shapes which now form one of the most memorable landscapes in Scotland for hillwalkers.

Many of our guests come specifically to walk and our location offers access to Assynt's Munros, the stunning peaks, and the glorious coastal paths. To help, we've outlined some of our must-do walks.

Exploring the Assynt Coastline by water

The coastline around the cottages provides a brilliant playground for all types of water-based activities, be it yachting, canoeing, kayaking, surfing, diving, water-skiing or just having a quick, bracing dip! The white shores and crystal clear waters could match any tropical paradise….just don’t expect a similar sea-temperature! 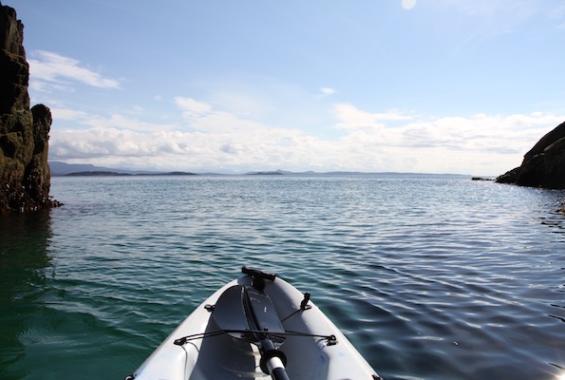 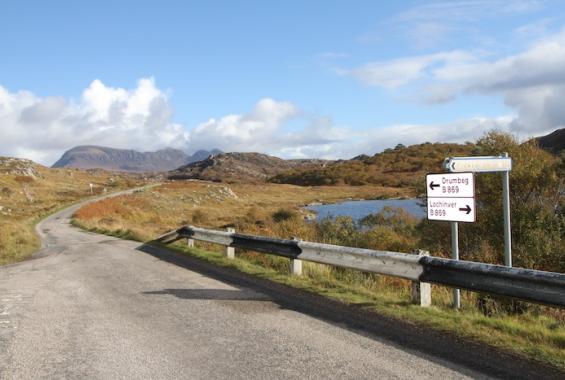 Quiet, scenic roads and remote mountain trails make Assynt a popular spot for cyclists. Whether completing the NC500 by bike or simply enjoying a day out on wheels, the meandering single track roads enable cyclists to enjoy both coastal and mountain scenery. For mountain bikers, there are superb routes into the remote wilderness following stalkers’ tracks, peat roads and mountain paths.

Ullapool Bike Hire offers a variety of mountain bikes and hybrids which can be hired for up to a week. They also offer a bike drop off or pick up service if your route is a bit further afield.
However, if you fancy something a wee bit more sedate, Assynt Leisure Centre in Lochinver have a few e-bikes which you can hire for the day to explore the local area.
Time to get on your bike!

The great diversity of the Assynt landscape enables it to play host to a vast array of flora and fauna seldom seen elsewhere, making it a fabulous destination for all wildlife enthusiasts. For ornithologists, Assynt has had 215 species of bird recorded over the past few decades, including golden eagles and sea eagles and some of Britain’s rarest breeding birds, black-throated divers and common greenshanks. In fact, one of the largest colonies of nesting sea birds in northwest Europe can be seen on Handa Island, a short boat ride from Tarbet.

Equally exciting is the wealth of marine life. The coastal waters around Assynt are some of the best places in Europe to see cetaceans such as minke whales, orca, dolphins and porpoises while seals and otters can be regularly spotted taking a dip from the rocks around the Estate. Land mammals include stoats, weasels, pine martens, badgers, red deer, voles and pipistrelle bats. Many of these creatures are our neighbours on the Estate. 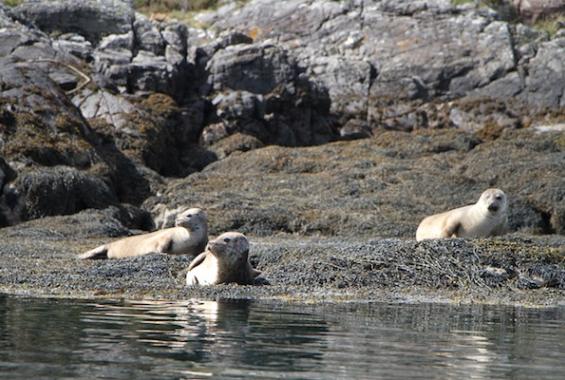 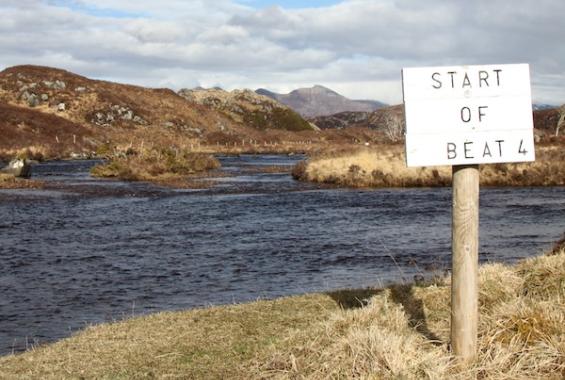 Assynt is a very popular destination for anglers as it offers rich and diverse angling opportunities, including wild brown trout angling, salmon and sea trout fishing, and sea fishing

The rocky coastline of the Cathair Dhubh Estate provides a great place to fish for pollack, bass and sea trout whilst across the road, nestled in the more remote hills and glens, are a network of small lochans teeming with brown trout. It is also possible to fish for Atlantic Sea Salmon in the two spate rivers, the Inver and the Kirkaig which are close by, in or near Lochinver.

Then Assynt Angling Information website is a great source of further information on fishing in Assynt, boat hire and where to obtain the necessary permits. 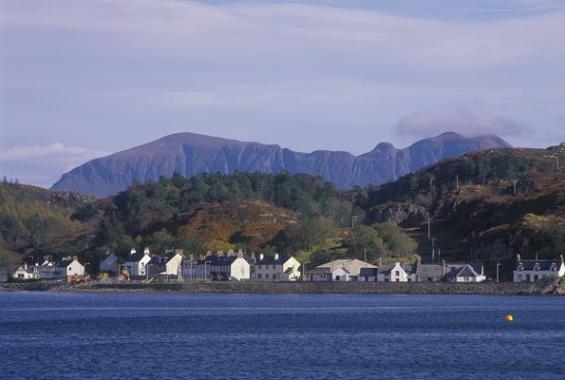 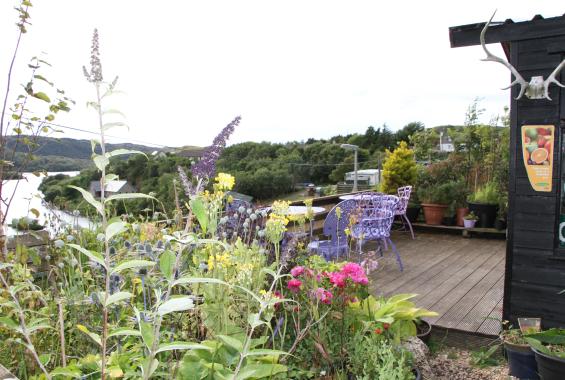 For a wider range of amenities, including a Tesco’s supermarket, it is worth visiting the beautiful village of Ullapool, nestling on the shores of Loch Broom. Ullapool is approximately 40 miles from Cathair Dhubh and is en route when travelling up from Inverness, making it a great place for a pit stop!

We would also heartily recommend visiting our friends at the award winning Drumbeg Stores. This is a licensed grocers shop which aside from stocking all your general provisions, also provides an excellent range of home baking and locally sourced fine foods and deli treats, including local whisky! Even better, they provide a free home delivery service and a tailor made food pack can be prearranged to coincide with your arrival.

Should you want a change from beach barbecues, we've put together a list of the best places to eat locally and around Lochinver as well as a little further afield. On your behalf we have tried them all! 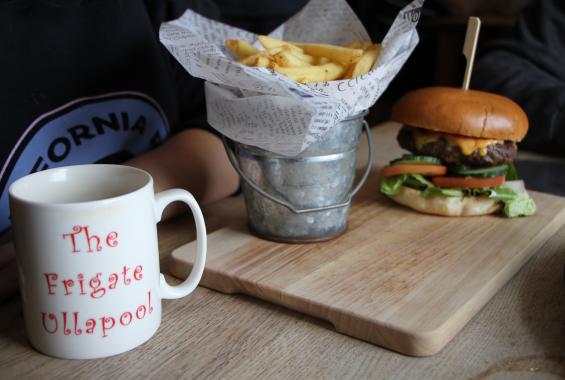